What To Do With Boredom?

Boredom is not only boring…

Boredom is a Prison.

And like any prison cell, it'll either make you or break you.

Its jailer whispers to you words of discouragement, telling you the boredom will never end, driving you to seek a desperate escape. Outside, however, stands the Redeemer. And He's holding the key to your freedom.

Let’s break it down. There are 3 kinds of boredom:

Mental Boredom is a boredom of the mind, a need for stimulation. You are tired of sitting around and doing nothing, of nothing happening.

Social Boredom is a boredom of isolation, a weariness of being alone or with the same group of people for too long. It is a desperate longing to be with new people, or to be with people who complete you.

Emotional Boredom is a boredom of the spirit, being tired of the same old, same old, day in and day out. This is a yearning to do something different with your life, to be fed up with nothing ever changing and driven to seek an emotional high through a new experience.

The answer to all three boredoms is to succeed in getting out of your cell, but your jailer is deceptive. He loves to trick you into thinking you’re getting out when he’s really just moving you from cell to cell.

When the boredom gets to be too great, many turn to drugs or alcohol for an “escape.” They want the bottle to change their emotional state, or the needle to stimulate their mind in new ways. Anything to get away from “what is.”

Or, in desperation to connect with others (seeking a cure for social boredom), we run off and hang out with whoever will have us, but when intimacy with a stranger proves awkward, again the drugs and alcohol come in to make it easier, to make it flow.

Other people shop at the mall to get an emotional high, or they gamble for excitement (an “escape” from boredom), or sleep around with an endless stream of people in a fruitless search for love or wholeness or stimulation, whatever they think they’re missing.

And still others try to build their own kingdoms, pursuing money, building wealth until they’ve “conquered the world” and rule over others. Unfortunately, when they get to “the top,” they realize they’re still in their cell.

A Redeemer is someone who buys a slave their freedom. To be redeemed is to be purchased from a slave master and then set free into a new life. 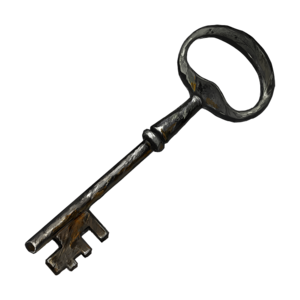 We have a Redeemer, and He holds the key to our jail. He stands ready.

In the Bible, there was a prostitute named Gomer. She ran away from her husband, a prophet of God named Hosea, and fell into prostitution and slavery. Later, God told Hosea to go and purchase her from her sex trafficker. For the rest of Hosea’s life, he was to show her the love God had for her, to help her feel the fullness of God’s forgiveness and love.

"The Lord said to me, ‘Go, show your love to your wife again, though she is loved by another man and is an adulteress. Love her as the Lord loves the Israelites…’  So I bought her…” (Hosea 3:1-2)

As Hosea redeemed Gomer, freeing her from the prison of her habits, so God stands ready to redeem each of us from our jail. He’s got the key in the lock of our cell door and is knocking. 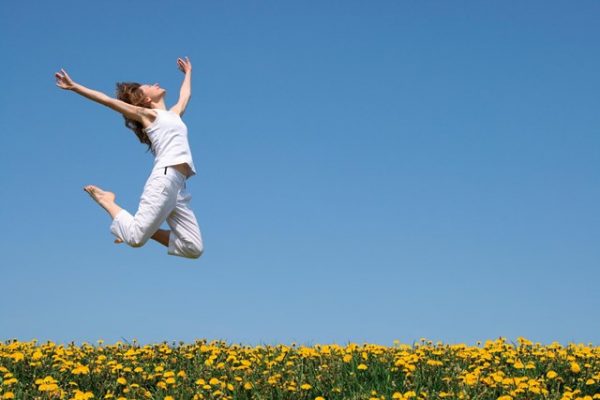 You know, there is nothing more boring than the life of a drug addict. Can you imagine it? Alone in a dingy room of an extended stay, shooting up with a dirty needle, desperate from an escape from their dull life. As the needle releases the “rush” into their blood, in their mind, they think their soaring, but the jailer’s just sitting in the corner cackling. Laughing at them.

Because it’s fake. The escape is not real. They’re still in the dirty room.

And every day it’s the same. Other people may come and go, men, women, helpers and enablers, but nothing changes.

At some point, maybe they spot the Gideon Bible in the hotel room drawer, but what does the jailer say to them then?

“God is so boring. You don’t want to go that route.”

But that’s the biggest lie of all. The Creator of the Universe and Love itself is not boring. He created the Grand Canyon and waterfalls and sex and every beautiful thing and every taste your tongue has ever tasted.

I have been pursuing God for as long as I can remember and the last thing anyone would say about my life is that is has been “boring.”

Mentally, his mysteries are incredible and there’s no end to the thoughts and ideas He can reveal to you. The learning never ends.

Socially, pursuing Him leads you into a community of healthy relationships with other Christians, true brothers and sisters who you can do life with. And there is no end to the new people He will introduce you to.

And the adventures! There is no end to the adventures He can take you on. He has led me into everything from owning my own business, to building churches in Costa Rica, to distributing Bibles in the jungles of Bangladesh, and even dancing with the Maasai tribe in Africa. I’ve still got a spear the chief of that tribe gave me to remember that day with.

The foods I’ve tasted, the people I’ve met, the songs I’ve heard, they’re so beyond the lifeless hotel room I don’t even want to think about it.

I’ll choose the vivid, colorful life God offers any day of the week.

And you can have it too!

It just depends on what you do while you’re in that jail cell called boredom. Do you pick up the Bible or the bottle?

Choose to reject the lies about the true Life that God offers and pursue Him and His Kingdom.